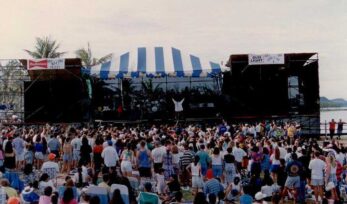 When Green Rock Entertainment first approached me about doing the Katchafire concert, I was not at all open to having another concert at Jeff’s Pirates Cove. My past five events were not financially successful and given Guam’s continuing waning economy I was was gun shy and reluctant. I started listening closer to Katchafire’s music here at the Cove and began asking my staff about their concert feelings.

Nikki T. said she really wanted a concert because she had heard about our great concerts in the past. Teke said Katchafire was an outstanding band and with our seaside location people would flock to the Cove. Most everyone agreed. I am always optimistic and hope for the best. Now I started thinking about how much we could lose. I met with the promoters and we agreed on what it would take to do the show here. I have had people tell me they have had the best days of their life right here at our shows; I want others to experience the same.

Preparing for the concert takes a lot of thought. I don’t want to run out of product yet I can lose big by over-preparing. After years of events, I am a pretty good guesser. The concert day was perfect, a nice southeast breeze prevailed, kiteboarders were out in force and the people came out. My biggest problem was all the people trying to tailgate, so many drinking in our parking lot and along the road.

I took my ATV drove the entire north and south parking areas and told every group of cheaters it was against the law to drink in the parking lot or along the highway (Route Four). They were to come inside now or go home. These parking lot drinkers leave behind a trail of broken beer bottles and trash. It’s a cultural thing in the states too. Sick, after I told them they all came inside. When they started coming cars were parked beyond the Togcha Bridge even Ipan Public beach parking lot was used. Chris and the Talofofo boys did a great job along with my parking crew to ensure safe parking for all.

Crowd estimates for the show ran from 2,000 to 4,000 depending on who you talked with. The day’s music was performed by Last Minute, Kaya, DUB and headliner Katchafire. It was a scene to remember and the audience responded loudly to Katchafire who played long encores into the night… to the extreme enjoyment of all. My only regret is that our friends Mark and Mary Ann suffered a terrible accident near CCP about 7pm on their way to our show. My thoughts are with them both in hoping for their speedy recovery. Thanks to Green Rock Entertainment group and all our sponsors; Budweiser, Shimbros Productions, Hawaiian Sun, Coca Cola, Shell, Power 98 and all my hard-working employees who helped make the show another historic success here at Jeff’s Pirates Cove on the beach in beautiful Ipan Talofofo. 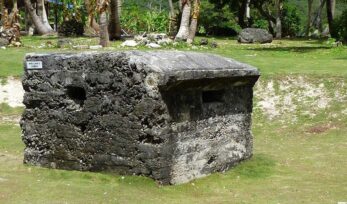